One Type of Public Transportation in Indonesia that Remains Memorable 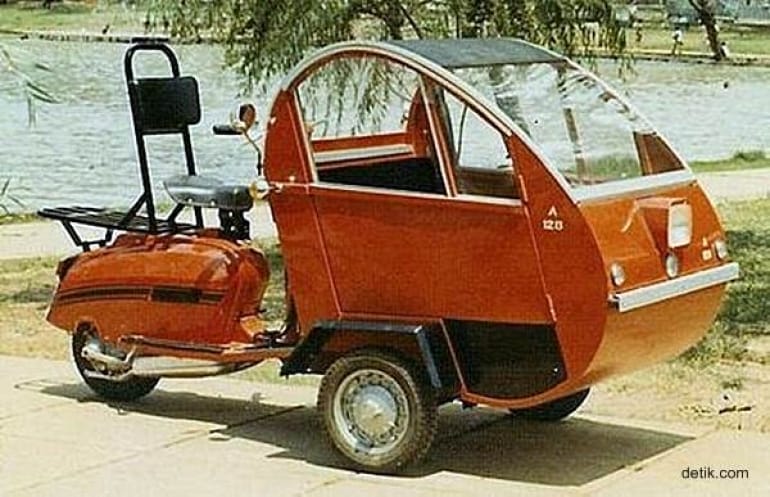 Every country has its own typical public transportation used by many people. Some might be still used but others might be gone or those just become the history or memory. One of the memorable public vehicle has ever existed in Indonesia is Helicak. Back then, you could meet this vehicle in Jakarta as the capital city of Indonesia. Well, Helicak is not the only one because Jakarta has several unique and typical public vehicles but Helicak can’t be seen anymore in these modern days.

HELICAK, THE FAMOUS PUBLIC TRANSPORTATION INI THE PAST WHICH WAS NOW BECOME A MEMORY

It can be said that Jakarta has its own album related to the typical public transportation that had ever existed on the road. However, some of them become memories because of the era and the advancement of the technology. One of the famous public vehicles chosen by many people to go from one place to another is Helicak. It had become the idol of Jakarta people around 1970 and the name Helicak is the blend from helicopter and becak or tricycle because the form of this vehicle looks like helicopter and tricycle.

Cited from many sources, Helicak was known to walk on the road in March 24, 1971. The machine and the main body of this vehicle is Lambretta scooter which was from Italy. The Governor Ali Sadikin came out with this idea as the replacement of tricycle which was many people thought it was inhuman. Just like the regular tricycle, the driver of helicak will sit behind while the passengers sit in front of him inside the cabin made of iron frame and the wall is from glass fiber to protect the people from hot, rain or dust.

Meanwhile, the driver doesn’t have any protection at all. Some of people though this vehicle was know safe for people because when the accident happens, the passengers were the first to get the effect. Because of that, the age of Helicak was not longer. The policy of DKI Jakarta government wanted to create the public vehicles but it was inconsistent. There were about 400 Helicaks when it was launched for the first time but because of the problem, the development of this Helicak was stopped.

Helicak slowly disappeared and now, it can’t be seen anymore on the road throughout Jakarta. In 1987, the government banned this Helicak to operate. Well, Helicak was gone but still, there are some places where you can see the regular tricycle in Jakarta and also other cities in Indonesia. Now, Jakarta becomes the big city and the old public vehicles were left behind by the people because most people need something fast that can save their time to work faster. That is why, many of them use modern public vehicles.

They use Busway, MRT, online taxi or things that can save their time. The traditional public vehicles such as Bajaj is now can’t be seen often. Time goes by, there are so many modern public transportation right now and people can choose it easily even with the touch of their fingers. They just need to order and the vehicle will come at the right place. However, the people will not forget about Helicak at all since it had been the choice of people in the past.

The History of Oplet, Classic Car in Indonesia

AUTOMOTIVE EQUIPMENT AS TOOL FOR COOKING FOOD
This food doesn’t use wooden stick to grill the meat but it uses iron stick from spokes. What is the reason? Read more...